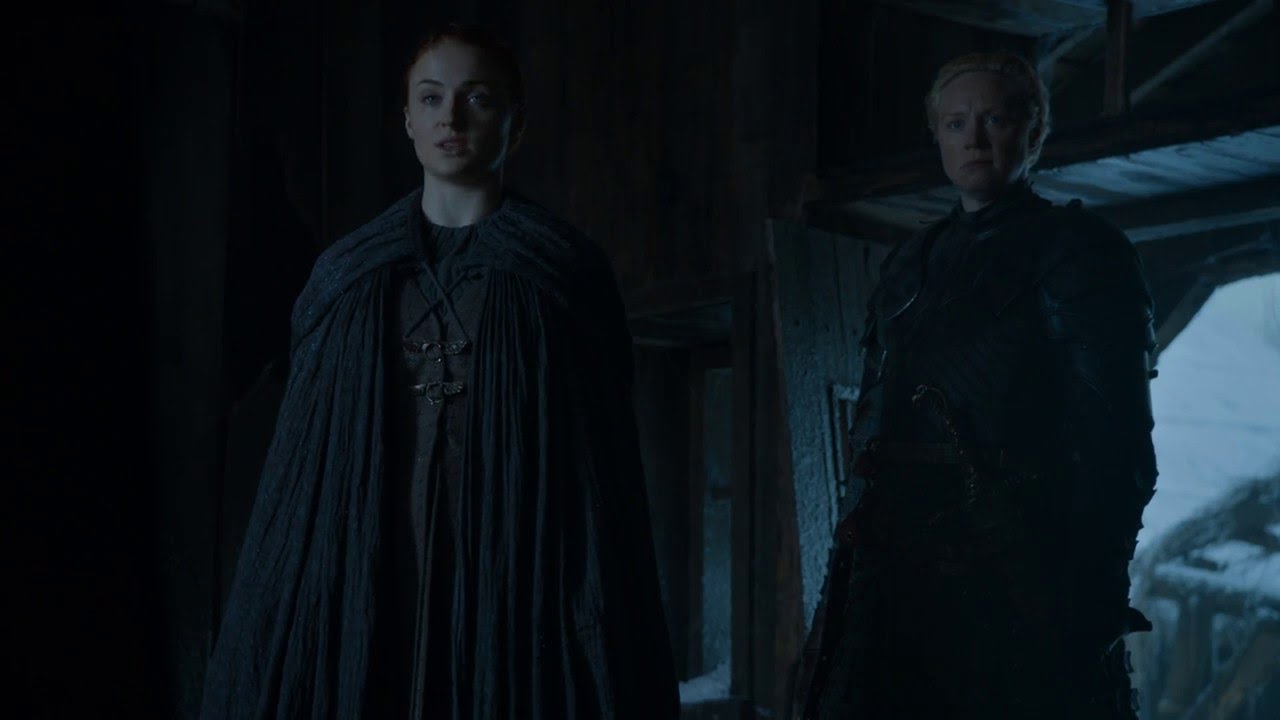 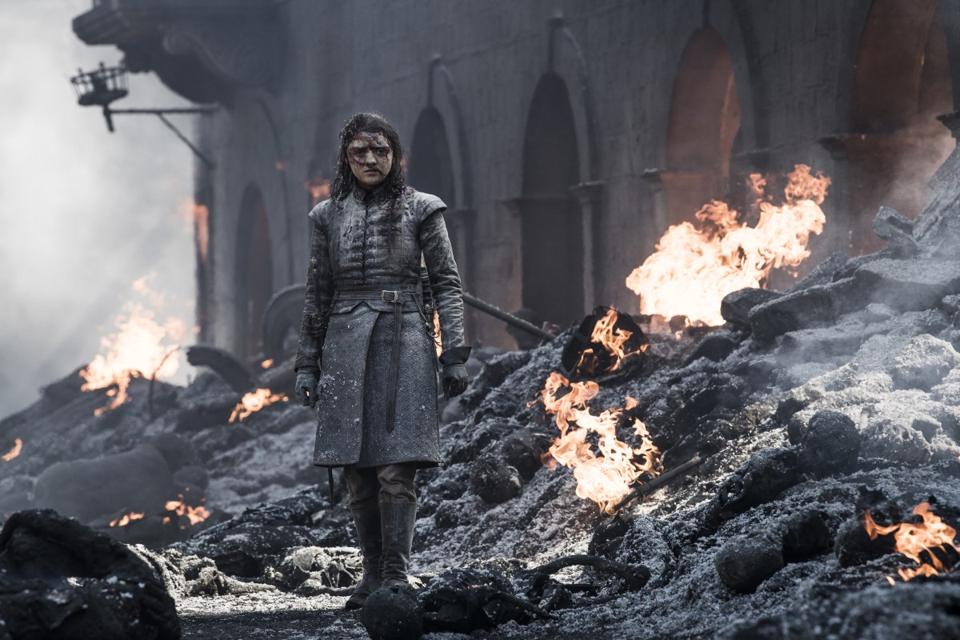 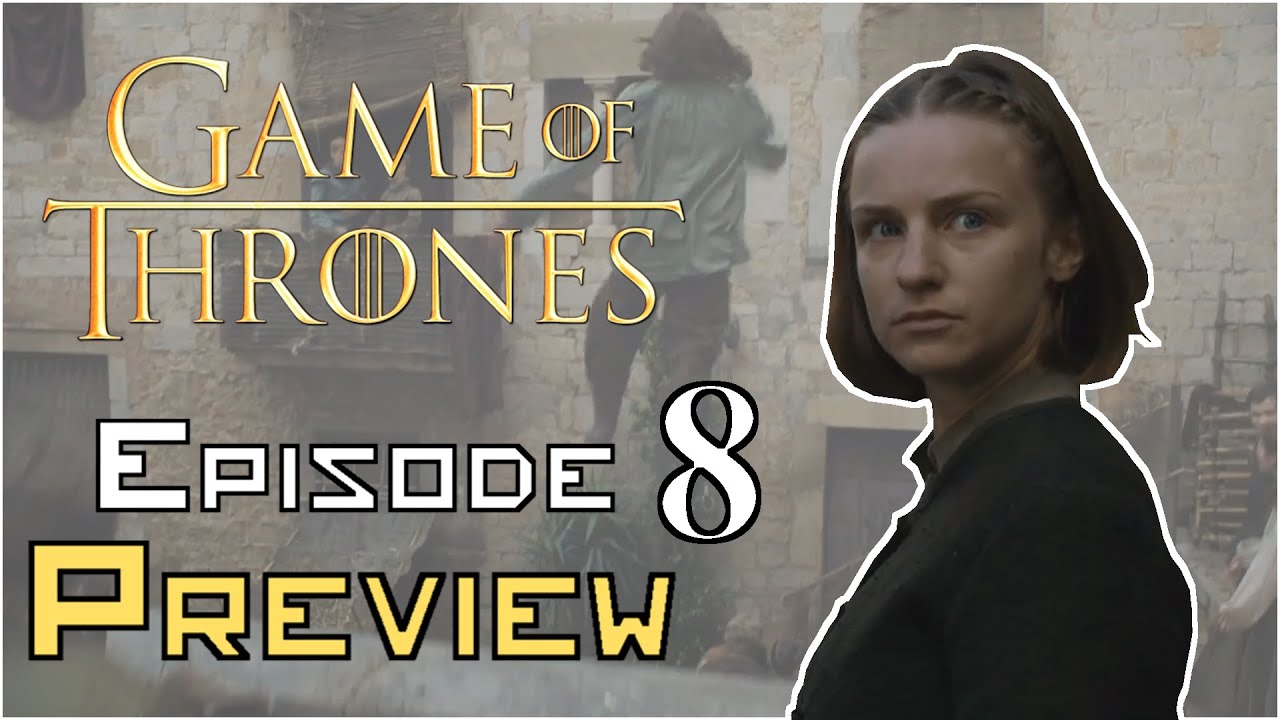 That would be a good thing, especially given that casting his direwolf aside is one of his worst decisions to date. With an 80 minute episode, it's hard to imagine all of the storylines being wrapped up in a satisfying way.

Game of Thrones Season 8 has been rushed from the get-go, and that will probably continue with the series finale. The teaser shows Daenerys in a good place after winning the war, but not everyone is ready to let her reign play out.

Blood of my blood. You kept all of your promises to me. You killed my enemies in their iron suits. You tore down their stone houses.

His lines are right up there with the Hounds. Jaime seemed torn between doing what was right and getting back to Cersei.

The Blackfish did ask him about his oath to Catelyn, so hoping that will happen. Love him and Tyrion together. Tyrion seems desperate for friends, going as far to attempt to get Grey and Missi drunk.

Poor guy. Only allies I can think of. Now that Frankenmountain is out of the pic Cersie has got to do something to get her son back.

To me the whole episode was tying up a few loose ends. Only 2 eps left this season and a lot was going on. One more little note, hoping Arya visits Mereen on her way to Westeros.

Tyrion and Arya together would be epic! I thought maybe Drogon was flying off to burn the incoming ships. Yeah that Edmure-Jaime scene was by far the best scene of the ep.

Really solid acting and the dialogue was pretty good. Dying in his own home? He could have a chance to reclaim it if he went with them….

I just want it all to be Northern focus. It was a good one and would be great if 1. The problem was that the majority was really hyped and felt underwhelmed.

Episode 9 looks like it will have one of the best sequences in cinematic and tv history. Why did Arya act like she was in jeopardy and hiding in the dark with Needle in Ep 6, then strolling around blithely in Ep 7?

Must have been the excitement and anticipation of meeting up with Jamie. Drogon dropping Dany off in a warzone and then flying away is absolutely bizarre.

It just felt like the end of her whole story line was very sloppily done. That said I did greatly enjoy the rest of the episode, just wish they cut down the Tyrion scene a little more and gave that time for a proper blackfish death.

Bearded Onion : Yeah that Edmure-Jaime scene was by far the best scene of the ep. I think he is joining the battle.

I think they just wanted to show Drogon flying in the background. I fully expect to see him there next time. This episode and I hate to say, but the season finale too are likely going to be the last eps where we have rushed conclusions with little time for proper characterization or logic.

We have to take a trip to pretty much every single arc in one ep and give a conclusion to alot of em. Prepare yourselves for some messy stuff.

You actually think drogon dropped her off an went to have dinner? It just seems like the weekly poll since it shows on the page should start soon after the show airs while the viewing reaction is still warm.

I saw someone else asking this too, but I never really got the impression that Drogon is abandoning them. I mean, what if he just flew to burn the ships of the masters?

Or he just gives a round near the pyramid….. Jack Bauer 24 : Who said Mereen will be in episode 9?

Balls, I just want a nice northern episode. What is the deal with the shitty Tyrion writing this season? Him, Miss, and Grey Worm….. And I pretty much agree with everything!

I thought the episode was good never not liked an episode , not every episode has to be great! Wish we had more of the Mereen attack, but also know with the huge battle to come and Riverrun siege was probably not in the budget!

And speaking of the huge battle next episode……. It looks epic and we only saw seconds!! So excited…. Dee Stark : Bearded Onion ,. I simply agree with everything you said.

I liked the episode, but some things were off. But I do blame the show for making everyone trying to come up with all these theories to explain that weird scene when Arya gets stabbed.

I think we will get at most 15 minutes of other locations, this will be in the beginning of the episode. A few minutes set up in the North, probably.

Maybe Rickon will get a line, or two. Then a few minutes in Mereen to show what happened after Dany returns. My guess is the final 30 minutes will be the battle, which seems like an appropriate amount of time, especially for TV scale budget.

Or am I the only one? This episodes had some high points: First. The Hound fight scene, chuckle worthy. The Wolves of Winter : Great recap Oz!

Would be easy in narrative but not to shoot. Which plot lines you prefer and why, etc. I just really enjoy your wit and writing style. Cheers, dude!

Do you think the clip from the trailer with the Harpies attacking and the Dothraki charging will be in the next episode or the finale?

I really enjoyed this episode and thought a lot of it was strong. I loved the return of the Brotherhood, and was relieved to see they were not involved directly with that massacre.

Beric and Thoros and the Hound! Arya vs. The Waif was pretty scary, in spite of the issues that concerned a lot of viewers, myself included. I really loved the Jaime and Brienne conundrum.

It was so beautifully done. She just makes you believe he has a reason to love her. The North will need a lot of time. Arya was baiting the waif since she saved lady Cranes life.

She found an intentionally pitch black spot to hold up knowing that her only chance to beat the waif was in total darkness. She learned THAT in her training.

She slipped up, letting her guard down just long enough for the waif to get a few stabs in. She resists the milk of the poppy because she knows it will dull her senses.

This is all made abundantly clear as the sequence draws to a close. The Jaime — Brienne scenes have always been highlights for me.

They understand one another very well. I love the suggestion that Jaime may, at some point, send the Tully army to the North.

Eventually, all of the military strength will need to be there. Mihnea : I remember someone actually writing it the comments how he got stabbed, lost tons of blood and walked a long while until he found help.

Did they say he was going to Westeros? Seven blessings to you, Fienix. Many thanks for the compliments. Coming from a Sullied, it means a lot. I would be happy to do that.

After the show has concluded, it may only be you and I reading it. One who waits : I really loved the Jaime and Brienne conundrum.

Neither did I. Quite the opposite I felt. Oh right. No one need click to read it after all. He has a love and respect for Brienne and admires her the way he admired Cat.

But I think deep inside he knows what he is. Hopefully she gets back to Westeros before that scene in the trailer of the Freys celebrating.

Jack Bauer 24 : Do you think the clip from the trailer with the Harpies attacking and the Dothraki charging will be in the next episode or the finale?

I hope they will wait with that till episode 10! I think that would be rather overlooked if they do this in episode 9.

Are we still missing other footage from any trailer? Well, exactly. They were also very nearby with their entire fleet. I mean, I get it, Dorne might make sense too.

I think they just like to write like that — misdirection writing — sets people up for surprises, like when the GJ fleet comes to save the day.

That was really worth nearly two seasons being spent on it. Meereen is similar. Uh-oh, the Masters have decided to attack Meereen for no apparent reason.

And, ooh, could that be a Greyjoy fleet I can practically see on the horizon? How convenient for everything to come together like this?

And the Hound catches up with the men who killed his new best friend and it turns out they were just a few naughty members of the Brotherhood who are already getting the spanking they deserve.

But this episode was littered with poor writing and inconsistencies. Ser Not Appearing in this Series ,. I agree she seemed surprised that Jaqen sent the waif to kill her.

A man said a girl would not get a 3rd chance. After she decided to not kill Lady Crane it just meant she could never be no-one.

The chase scene was epic to me. He might be in, just because they might not want to have him in EP9, when the battle is. OwentheOaf : clouddragon ,.

I agree he would have done it. I need you book-readers and filming-spoiler-post-frequenters to skip speculating in this post.

This is NOT the post for you. I disagree. It would be a waste to have the dragon burn them. The Greyjoys are coming.

I agree with everything you said. This season has actually the potential to be the best season yet for me.

Cinematography and the dialogue has been outstanding. The pacing of some story arcs have been erratic. I agree with the mixed feelings about this episode.

Everything else was great as usual. That would have taken away from the impression the character left. The Hound and the BWB is fantastic and better comedy than awkward Tyrion , and this is the story I am most interested in seeing where it goes from here.

We got just enough not to be disappointed. And after the no-trial-by-combat twist many saw coming, I want to see Zombie-Mountain do something that justifies his resurrection from a story perspective.

I like every character in those scenes yet I feel what we see is a little stretched thin. Edit Delete. Facebook Disqus.